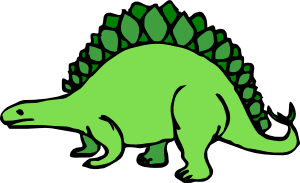 I got new braces for my legs in May. I really liked them, but the left one kept making my left foot sore. I didn't worry to much about it, as I expected there to be a breaking in period. Well, after six or seven weeks it was still making my foot hurt, and then it got bad enough that I had to hobble home from a dinner date with my wife on Friday night. So I finally tried to figure out what was going on.

Wearing an extra sock on that foot had helped some, but it still gave me trouble from time to time. Then I resorted to wearing ace bandages on that foot, but it turned out further measures were still needed. Well, Friday night it got to the point that I dug out my old plastic braces and tried the left one on to see if that made a difference. Although my foot was already badly sore by now, I could tell immediately that the old brace wasn't hurting it.

So I took the old brace off and held it side by side to the new one. Sure enough, they were shaped different. The old one made allowances for a protruding bone in my foot, while the new ones were cut just below that so that when I put weight on my feet it forced that bone down on the edge of the brace. So now I'll have to figure out if they can take another mold of my foot and put a new footpiece on that brace without breaking the bank. Until then, I'm wearing one old brace and one new one.

At least I finally found the problem.

I've been kind of itching to write again. I don't have solid ideas yet, but I'm starting to feel just the barest tickle of my muse. It's been a while. The problem is that it's still most likely goimg to have to wait until the kids are back in school. But it's still heartening to know that feeling is there.