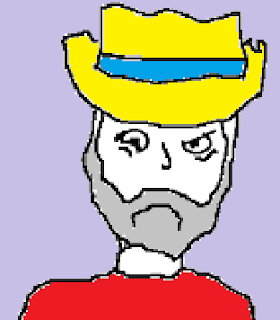 This summer is becoming something of a "summer of discovery" on the matter of writing and several other things. At the moment, I'm going to focus on the writing part.

One of the things I'm having the most difficulty with right now is my lack of perceived production. In 2009 and 2010 I wrote one novel and seventeen or eighteen short stories, not to mention maintained a daily blog at the time as well. My fingers seemed to be constantly flying over the keyboard, and the ideas and scenes fell like rain from heaven into my running imagination.

Now things are different. This summer I have both children home with me all day, and it is almost impossible to maintain a writing frame of mind for a few minutes before it is disrupted by a demand for food, entertainment, or some other form of attention. And of course, when you are trying to focus on something and it is constantly interrupted, the blood pressure begins to rise.

So I pretty much gave up for a while, in order to preserve my sanity. I still write a little here and there, and some progress has been made, but to a guy with the former pace of production I had it is pretty aggravating. I currently have one novel at 80,000 words and another at 40,000 words. I'm kind of jumping back and forth between them, to see if that will freshen the muse a little bit. It did result in me finding out how to integrate and keep one potention scene in Argiope. That scene is now in the book, and it works.

So things ARE getting done, but a lot of it is cerebral at the moment.

Also, I discovered a weak point of mine when it comes to writing and I'm now focusing on that as well. Unlike short stories and novellas, a novel tends to have a different form of pacing. It doesn't just stay at the same high pace a short story can. It eventually runs into a place where the pace slows down for a while and the characters regroup. I came to realize I was stalled at that spot in both stories. So now I'm going to do a little reading to see how other writers actually handle that, and then find a way to make that a strong point for me as well.

So that's where I am.

I also have several non writing projects going on this summer, and  they are taking some of my mental cpu cycles as well. I adopted them to help me maintain that sense of progress while still doing right by the kids, and it seems to be working.

Happy Weekend, folks.
Posted by D. Nathan Hilliard at 11:21 AM