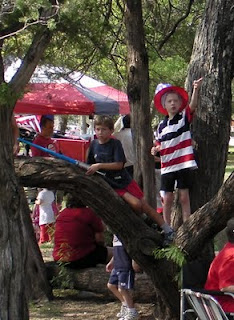 So we went to my patents house for the Fourth of July. Across the street from their house, there is a small park where they have a children's parade every year. My kids have been doing this since they were babies. So once again they made the circuit of the park, in the best red, white, and blue I could find for them on short notice. (Yes, I know. The fourth comes every year so I should be prepared, but it's still short notice for me) 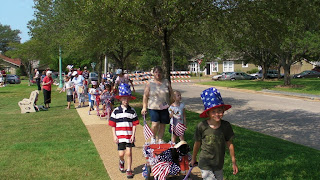 There were also some cool old cars there, primarily Studebakers, and I was sure to get a good photo of each one in case I ever wrote another story set in those times. They could also be useful for cover art. 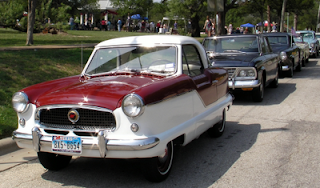 About halfway through the parade, Rowan announced she had walked far enough. As far as she was concerned, her patriotism could best be demonstrated from the comforts of a chair. 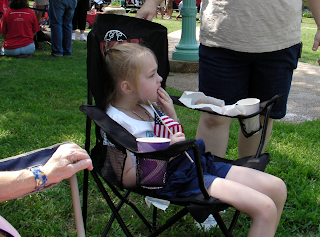 Her brother and cousin made it through the parade, but wasted little time in getting back across the street to defend their country against the digital menaces that could be found in online computer games. So they were happy too. 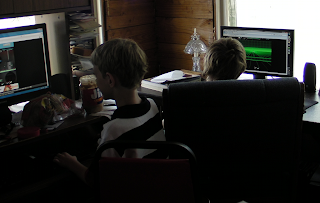 All in all, it was a good time. I got to see the whole family together, and that made the whole thing worth it as far as I was concerned. Now I'm back home, and the second third of summer begins. Karla works six days this week, so the kids and I are left to their own devices. I wonder if they will ever get tired of hot dogs, chips, and microwave popcorn for lunch? So far, they seem to enthusiastically support Dad's lunch time skills.
Ah well, it's bedtime. Good night.
Posted by D. Nathan Hilliard at 12:22 AM