While The Gluten Wears Off 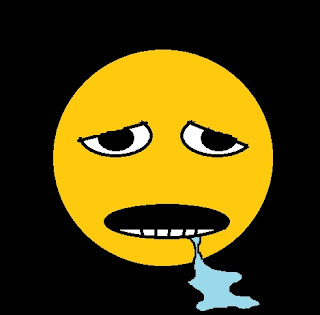 It takes days for the worst of it to get out of my system, and I'm not really "clean" of it until a couple of weeks have gone by. So today, I pretty much slept the day away while Karla was home to watch the kids.  I'm not going to have any more, so my GFCF diet has actually begun right now. It will simply be official come January the first.

Sometimes though, even when I'm in a gluten fog I can have a decent idea.

For instance, I was thinking about The Mushroom Man and realized that the antagonist to that might actually fit better into the world of Khrem. So what was originally conceived as a Shades story might end up being a case for Cargill and Drayton in the next Khrem book. I still kind of like the whole Fafhrd and the Gray Mouser approach to that series, and I'm a little reluctant to give it up. Trying to make an entire single story novel would change the pacing and character of the series, and I don't know if I want to do that. That's not to say I'm against writing a novel set in the world of Nur, I just don't know if it ought to be part of the Cargill of Khrem series.  But again, this is just musing and nothing is set in stone.

I also definitely need to rewrite the last two scenes of Argiope so I can move forward again. So there's that, too.

Anyways, we have the lady who cleans our house coming tomorrow, so I have to straighten it up so it won't be in such sad shape that she flees sobbing out the door at the sight of it. Yeah, it's that bad. I slept in today, remember? She's lucky that I'll be up tonight so I can clean her a path to the mess.

Ah well, I'll just keep the old gray cells relaxed as they try to clean themselves of toxins and see if that results in any more story ideas coming to me. I need more of those if I'm going to get something done in the coming year.
Posted by D. Nathan Hilliard at 12:01 AM