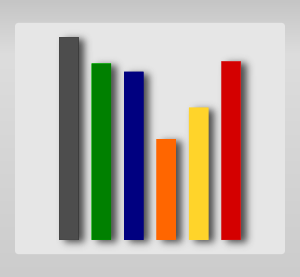 As I go into the Christmas Vacation with kids in tow, I thought it might be useful to list my various projects and their current status.

1. Argiope: My action/horror novel now sits at seventy five thousand words. The main character is currently sitting in a waffle house with the two main supporting characters and finally getting the back story to explain what has been happening to him. There is still more treachery and gunplay in the future before the final showdown takes place, so this story is probably shaping up to be about a hundred and twenty thousand words when all is said and done. It is also very rough and I'm going to have to go back over it and do some significant editing.

2. Outcomes: This is a psychological thriller short story about a woman trying to get the man she jilted to give a kidney to the brother she jilted him for. It has now had it's first draft finished. I will probably focus on editing it as writing will be almost impossible to do over the next two weeks. It is currently using a placeholder title and that also needs to be fixed. Then I'll have to find a market for it since it won't fit in either my Shades or my Tales of Nur series.

3. The Mushroom Man: A ghost/horror story of a young female photographer who finds a corpse in the woods and decides to use it for a photo project instead of reporting it. This story has only had it's beginning written and had been shelved, but then I recently figured out a way to go forward with the story that works. This one would make a nice addition to the Shades series. The title is good and will stay.

4. The Lords of Khrem: This is in early plotting phase. I have written one tentative prologue for it but even that might change. If I follow the current plan, this one would be one solid novel instead of three shorter novellas like the first one was. It's complicated though, and I have already had to discard one plotline as unworkable after investing some time in it. So I've kind of backed off on this and I'm thinking of outlining it before diving in again. The Khrem series was originally envisioned as being like the Fafhrd and Gray Mouser series which consisted of three or four novellas per book. I'm going to have to think about this.

Daguerreotype: A ghost story about a picture found in an old house's wall, and the dangerous spirit it harbors. This one was started but then shelved because it will require at least a full length novella to do justice. It's been shelved since November 2009. The beginning can be read  here.

Western Days: An off duty police officer playing the role of a historic sheriff in a small towns historic western days has to perform a reenactment of a famous gunfight with an outlaw every weekend. Then one night after the show he finds himself facing the revenant of the real outlaw, who is not very happy about how things are being portrayed. I need to do some research on this one, and need to sort out the supporting characters. This is another Shades candidate.

That's where things sit right now. I do have other projects sitting even further back on the shelf but I have no intention of pulling them down soon so I didn't mention them.

Now if I can just find the time.
Posted by D. Nathan Hilliard at 2:09 AM