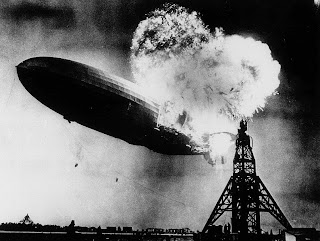 So after a family night out at the drive-in that went reasonably well, Karla and I decided that getting some Christmas shopping done and getting our tree would be next on our itinerary. With Christmas still two weeks away, it only made sense to get an early start. And what could go wrong?

First, just to add an extra element of holiday cheer to the occasion, we stopped at Asian City for some chinese food. That used to be my all time favorite resturant before I went on a gluten free diet. Since I have declared myself diet free this December, it only made sense to give the place a visit and do some quality eating. And boy did we. The waiter warned us that we were ordering so much that he better have the to-go boxes ready, but he was wrong.

Anyways we waddled into the mall and got to shopping. We bought one game for a young nephew, then proceeded onto the next location...and that's where I encountered the Escalator of Doom.


Karla and the kids were about fifteen feet in front of me, which is normal since I don't move very fast. So they were quite a bit below me when I followed them onto the escalator down. Fortunately this turned out to be a good thing. Somehow, just as I stepped onto the escalator, my cane seemed to shift and my leg collapsed under me at the same time. I instinctively tried to catch myself on the sides, and lost my grip on the cane in the process. So I ended up doing this pratfall on the escalator that looked like something right out of a Three Stooges show while also sending my cane skittering down the steps.

So now my hip hurt, my cane was an unguided missile, and I had childhood visions of being eaten by the bottem of the escalator suddenly rearing in my head.

Fortunately, Karla heard the thunderous crash of me floundering to the floor. She showed remarkable reflexes and managed to snag my cane as it tried to skitter by. I on the other hand was struggling to my feet, still wondering if it was possible to get eaten  by an escalator. I know it's not supposed to be, but I wasn't about to test my luck. To add drama to the thing, my braces seemed to be catching on the metal steps of the escalator, making it difficult to get my legs under me at all. Fortunately I managed to pull myself up before I reached bottom and avoided getting eaten, or the even worse fate of simply arriving at the bottom in a tangled heap.

I limped along behind the family again, then sat at the first bench while they did one more piece of shopping. We had barely begun shopping and it only made sense to try and get something else. After that, Karla decided to call it a day and home we went. The kids were actually wanting to go home anyways. We decided to put off getting the tree till Weds. Karla and I can do some Christmas shopping then while the kids are in school. This will give both my hip and my dignity time to recover enough to set foot outside once more.