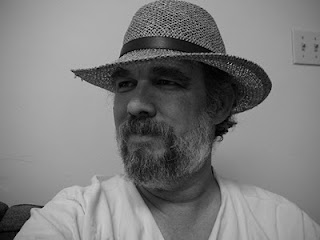 Well, it's nearing the end of CMT Awareness Month and I realize I have never made a post about it. I almost chose not to, but in the end a strange sense of obligation compelled me...so here goes.

CMT (Charcot Marie Tooth) is not a very big part of my self image. Even though I've been wrestling with the symptoms of it for nine years now (wow, it's been that long?) I have never really identified with it. The truth is, even after all this time I still don't have CMT in most of my dreams. So I very seldom write about it, even though it's something I'm always compensating for.

Now that doesn't mean I don't think about it, or that it doesn't intrude into my life on a daily (or often hourly) basis. It does, and it's often the source of frustration, anger, resignation, or just plain old tiredness. But it's always been a thing apart from me...not who I am. Sure, I have to make concessions to it, and I hate it, (except for that nifty handicapped parking license plate. That thing rules) but the fact remains that to me it's usually been something I've viewed as an external event. It's just not who I am...so it never really occurs to me to join organizations for people with CMT, or take part in events having to do with raising CMT awareness. I have never really identified myself as part of a group.

And that probably means I'm dealing with a super-sized case of denial.

I wonder why? I'm not embarrassed by it. Actually, I tend to wear shorts that leave my braces openly visible simply because it helps keep my legs from sweating inside the plastic molds, and it also acts as an easy visual cue for other people to understand, without asking, why I may need a little extra room or time to maneuver through an aisle in the supermarket or mall. Hell, I'm paralyzed from the knees down so the fact that I can walk with little more than a pair of plastic braces the same size as my socks is hardly something I'm embarrassed about. So I don't think ego is involved.

If there is anywhere it drives me crazy, it's in two areas. One is not being able to do things with my kids that other Dad's do with theirs. I remember being at the zoo with my son when he was four and he saw another kid riding on his Dad's shoulders. He wanted to do the same, and I couldn't...and realized I never would. Ouch. I don't know how to describe how that felt, other than to say you never ever want to feel it.

The other area is attempting simple tasks that I have had a lifetime to get used to the idea of doing. Now that I'm fighting it in my hands, I have had to concede the husbandly role of Household Jar Opener to Karla. Okay, there may be a teensy bit of ego involved in that one. But other than that, it's mainly just infuriating little things like discovering that things you used to do without thinking (like opening your gas cap on your car) now needs to be planned ahead for. (such as realizing that a tool might need to be procured against that day the fingers will no longer unscrew that cap).

So thats my Charcot Marie Tooth post for the year.

I've got it, but so far it's not who I am. That's not necessarily a good thing or a bad thing. Identifying with it more might actually let me be a little more forgiving of myself when I fail at things, but that's just not where I am yet. I know it could be a lot worse. Some people have to put up with everything I am, and have to deal with pain on top of it. Fortunately, pain was never a very big part of this for me. (except when I have one of my spectacular crashes to the floor...dragging dishes, furniture, and kids down along with me. Trust me, even the Hindenburg didn't do it better.).

Anyways, that's the way it is. I'm a husband...I'm a father...I'm an author...and on the side I struggle with CMT.
Posted by D. Nathan Hilliard at 9:55 AM
Labels: Charcot Marie Tooth, identity, neuropathy, self image