Another Great Stride Into the 21st Century 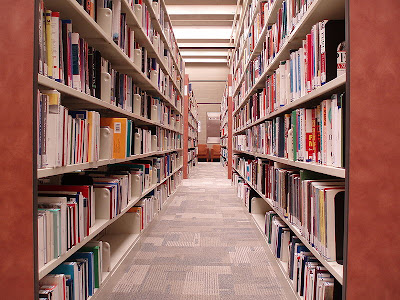 I have now installed an e-book reader onto my new laptop, and discovered that I can use my library card to download ebooks onto my computer. How cool is that? I can now carry a library around with me.

I reached almost 2000 words on the short story I'm working on, but it has reached a part that I need to give serious thought to before continueing, as the decision I make at this part of the story will dictate the nature of the ending. I'm happy with it so far, even though Karla pointed out a rather silly goof I made early into it that kept being an issue later. It's easily fixable too.

The funny thing is that I don't really know an anthology currently open that would be suitable for it. Not that that matters, since I can always just write it and then hunt an appropriate place for it later. It's a ghost story, but a slightly odd one.

Oh well, I need to hit the bed so I can get the kiddo's off to school in the morning. I've been going to bed early the past couple of nights so that I could be operating on more sleep, but I kind of screwed that up tonight. Might as well hit the hay before I make things worse.