We Interrupt 2009 to Bring You This Message 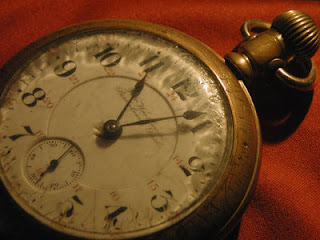 While I try to put my muse in a headlock and force four more short stories out of her this year, I thought it might be informative to stop and look at my 2010 schedule.

Basically, I have three projects. They follow in no particular order.

1. Argiope:(genre-horror/action) This project was initially shelved as I was determined to work out some logic issues with the story. I'm a big believer in stories following their own internal logic, and this one had a couple of fundemental logic bombs that would have interfered with people like me enjoying it. Then I got serious on trying to write twelve publishable short stories this year so I didn't pick it back up. Currently, my artistic niece is putting together a book cover idea for it, in order to give me something to look at next year for inspiration while writing it.

2. Flight of the Lark: (genre-historical fiction) The name of the game with this story is going to be research. I need to study a lot to get this tale right. It is going to start in Brazoria, and then move towards Galveston. I've got a lot to learn about that area in that time period.

3. The Ways of Khrem: (genre-fantasy)This was my first attempt at a novel, and now that I look at it through more "professional" eyes, I can see how badly flawed it was. At the same time, I can also see that it can be salvaged. It's flaws were primarily due to bad writing, not to bad story or charactors. I'm going to have to go through it, identify what needs to be fixed, and then start over.

Can I do all this in 2010? Hard to say. Since last November, I have written well over a hundred thousand words, and I have already been warned by another writer about burnout. That actually makes the research attractive. Regardless, I will have a lot on my plate.