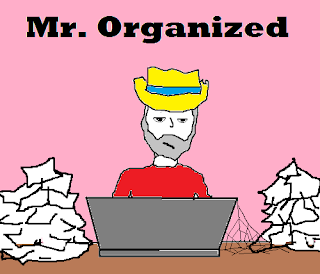 A long time ago, I was enjoying a Writer’s Night Out with my good friend and fellow author Cherri Galbiati. We were in the middle of discussing character creation when she pulled a spiral bound notebook from her bag and laid it on the table. I asked what it was, and she stated it contained lists of all the characters from all her stories and books.

She explained that she kept this book to prevent accidental reuse or overlap of names and characters. At the time I thought this was a very sensible idea, but at the same time I felt confident in my own ability to keep my characters straight in my head.

But now that I am in the middle of editing and polishing my latest novel, and had to rename two characters due to name reuse, I have become a believer in her system. So I spent today listing all the characters in Shades, Eight Tales of Terror, Dead Stop, and my upcoming novel tentatively titled Spiderstalk. It turned out to be a bigger chore than I thought…

Sadly, my first publisher LL Dreamspell is closing it’s doors. They were a great small press with a sterling reputation, and I learned a good deal about writing from the feedback for my short stories from their editor, Lisa Smith. Their closing is a true loss.

A side result of this closing is I suddenly have the rights back to eight other short stories of mine. Combine those with a few I have lying around that Pill Hill Press published, and a couple that I haven’t tried to publish yet, and I have an instant anthology. And here I was worried about my “shelf being bare.”

Putting together anthologies can be a bit of a pain, because each story will need to evaluated with how it fits with the others, and many of them could stand to be revised and re-edited. (back in the day, I leaned towards these big blocky paragraphs.) And, of course, I’ll also have to weed through this finished product and write down all the characters in these stories so I don’t get behind again.