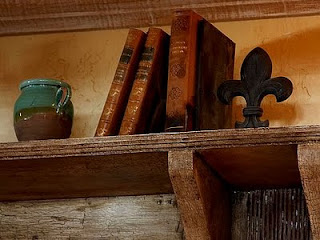 While I'm debating which way to take a scene I'm currently working on in my zombie novel, I decided to take a break and do some reading. I fished out a book I bought on sale from Barnes and Noble almost a year ago, and had put aside for later. I figured now counted as later.

The book is called The Cases That Haunt Us by John Douglas. He was a psychological detective with the FBI and uses those skills to evaluate famous cases like Jack the Ripper, Lizzie Borden, and the Lindbergh Baby kidnapping. He does a great job of 'demythologizing' them (especially Zodiac) and reducing them down to the little people they most likely were. It's a fascinating read. It doesn't shy away from the gore, but it doesn't dwell on it either. The focus is more on who and what the criminal was and how Mr. Douglas arrived at his conclusions.

Since The Ways of Khrem is both fantasy and mystery, I thought it would be useful reading to help come up with a sequel. In poor Cargill's case, he's trying to seperate the works of psychopaths from that of monsters, but this kind of thing would still be useful. I would also like to try my hand at the mystery genre itself one day so it could be useful for that too. Anyways, it passes for what I call research as I decide how to go forward on my projects.

And soon...oh yes, very soon...the kids will be back in school and I can buckle down and make a run at getting some things done. This summer has been maddening due to my nonproductivity, but hopefully that will all end soon.

Soon.
Posted by D. Nathan Hilliard at 12:43 AM
Labels: John Douglas, profiler, the cases that haunt us, The Ways of Khrem