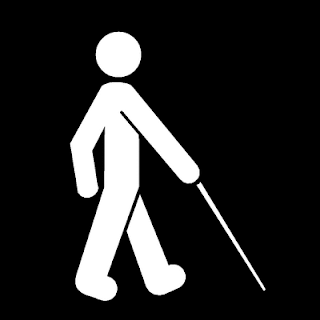 Well, after yesterdays disastrous breakdown of my backup brace, I thought I was pretty much up a creek without a paddle. I could only hobble at best and, since it was my right brace, I couldn't drive either.

Fortunately, Karla found a local orthotics place that was actually willing to work on a pair of braces they hadn't made. Even better, the brace they fixed was my original AFO so I'm now mobile again in a bigger way. Even better, I may be able to use them to get a brand new pair of AFO's soon. Woohooo!

Having said that, I didn't get much writing done yesterday as I spent most of the day in a very foul mood. As my main character in Argiope puts it (he wears AFO's too), it is incredibly depressing how easily one can be crippled by the simple removal of an object. So I was not in a writing mood. Oddly enough though, while I lay there brooding, feeling sorry for myself, and not writing, I may have thought up a way to go forward with Argiope again...so all is was not lost after all.

But first I need to finish The Mushroom Man. I know where I want to go with the story now...now it's just a matter of threading my way there and making it good. Sometimes that's the trick. But I still think there is an even chance I could have the rough draft finished some time this weekend. I'm feeling the character now, and that helps a lot. I just need to sit down a few hours with the story uninterrupted. Hopefully Friday will work out. Then I would have finished my first short story in 2011 and it would still be January.

In 2009 I wrote 12 stories in twelve months, and did a first edit of The Ways of Khrem. In 2010, my production fell off as I wrote only seven, edited The Ways of Khrem with Pill Hill Press,  and did about fifty thousand words of Argiope. I would kind of like to try and return to twelve short stories this year. Getting those out always make me feel like I'm doing something.

Oh well, we will see. Happy Thursday!
Posted by D. Nathan Hilliard at 12:01 AM