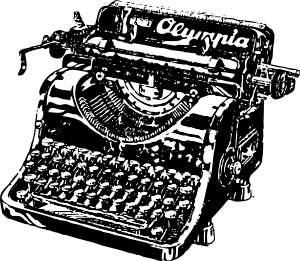 I was conversing with another author over the internet recently and he bemoaned the fact that nowadays a book should be designed to grab the readers attention within the first page or two. Although I am a firm believer in grabbing it much earlier than that, I understood his point in missing some of the more old fashioned styles of writing where authors sometimes took chapters to draw the reader in. As he summed up the current state of writing, he made the somewhat facetious remark that before long people were going to want action packed Tables of Contents.

It was that last line that stood out to me, because I realized I'm already there.

I actually do believe in an "action packed" Table of Contents. Seriously, why not? If that is the first thing the reader sees, there is no reason the Table of Contents shouldn't be doing their part to grab the readers attention as well as the rest of the book. I think I've always unconsciously believed that, hence my propensity to give my chapters names. Now that I've thought about it consciously, I'm more convinced than ever it's the way to go.

I named the initial chapters of Dead Stop after the times of day, then shifted over to a storm theme once the weather moved in. They also reflected the intensity and momentum of events in the chapters they depicted. In my upcoming novel, Spiderstalk, there will be no overarching theme to the chapter names, but once again I'll try to find chapter names that reflect the chapter while hopefully also whetting the readers curiosity. In today's reality of ebooks and Amazon allowing customers to read the first part of the book for free, it only makes sense to have a Table of Contents that does it's part to capture the customers attention in the rest of the book.

So yes, I think we're already at the point of "action packed Tables of Contents" and it's a tool that I heartily recommend to other authors as well. There is no reason not to, and much to be gained.
Posted by D. Nathan Hilliard at 2:23 AM