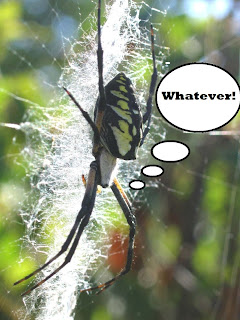 One of my weak and strong points as a writer is that I constantly reread my work while I write, and when I find something wrong I tend to bring everything to a crashing halt while I fix it. The good side of this is that I tend to end up with a rough draft that is well on it's way to being a first draft.

The bad side is that things tend to get bogged down to the point where that rough draft is nothing more than a distant gleam on the horizon.

So, from now thru April I'm going to just try and focus on pushing forward and adding things I find wrong to a "fix-it list" to be implemented once I have rough draft in hand. This will be the third time I have attempted to write this novel, so I'm ready to try anything.

Timeline- the timeline is all out of sorts. The story needs to conclude in late winter or early spring. So adjust timeline accordingly.
Sonni – has no character. Remember, nobody characters make boring victims. Flesh out Sonni a little. Consider changing her name as well.
Remember, prologue is currently a placeholder. Will likely need to rewrite later.

Things like that. Things that tend to drive me crazy at night when laying in bed and thinking about the book. This way I can still the nagging "fix it" voice by claiming something has been done without bringing progress to a stop. Hooray!

I'm really hoping to have the rough draft finished and polished into first draft form by the time the kids get off from school. That way I can send it off to  proofreaders and polish it further over the summer. I'm still not counting on it, but an autumn release would be awesome.

I also still need to come up with a better title. "Argiope" is a tad to obscure, and the average reader won't even know what that means. I'm thinking something along the line of "Spider's Dance" or "A Tribe of Spiders."

Oh well, it will come. That's it for now.