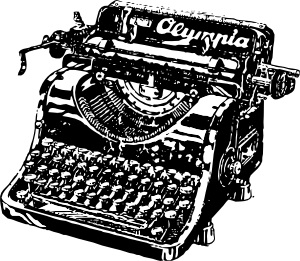 Every writer has their own set of weaknesses. I think one of my greatest is my constant self monitoring when it comes to writing. I will sometimes get hung up on a scene, a line, or an idea and it brings the whole project to stop.

Now that’s not always a bad thing. It stopped the writing of Dead Stop until I backed up and went in a different and much better direction. On the other hand, it has held up one novel for about three years. And now it seems to even affect my short story writing. It just seems that when it comes to putting something down on paper that I don’t like, I seize up.

I wasn’t aware of that so much until I saw a quote by a famous TV writer who said that writers block was caused by the fear of bad writing. Apparently his approach is to go ahead and write the bad stuff too, then just don’t use it.

Hmmmm… That’s sort of alien to me, since I tend to edit and revise as I go along.

Oh well, things to think about.

On to sadder tidings….It seems that Pill Hill Press is closing up shop. That is a real shame because Jessy and Alva are good people who worked hard to do right  by their writers. PHP had writer friendly contracts, and they were very adaptable when dealing with the types of situations that can arise when publishing a novel. I wish both Jessy and Alva the very best in the future.
Posted by D. Nathan Hilliard at 8:42 AM