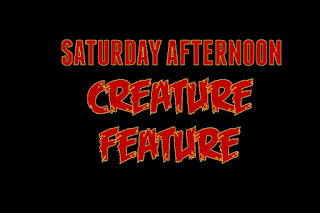 When I was a youngster, the most magical day of the week was Saturday.
The weekend had begun, the neighbor kids were all hunting something to do, and Sunday school was still a day away. Nothing that we had to get up early for, nothing that we had to take a bath or dress up for, and the parents were still too tired from their own work week to be too restrictive about anything that kept us out of their hair.
From the time we got up till two o’clock in the afternoon, we built secret hideouts, and had bike races, and fought our own versions of wars against the nazis or the communists or space aliens and roving biker gangs. During the autumn, there was often an impromptu game of football between all the neighborhood kids or we rode our bikes over to the abandoned hospital and told each other stories that we “heard” about how haunted the place was.
But at 2:00 all of that got put on hold.
Many of us would race home to watch the Saturday Afternoon Matinee. And then the magic would really begin…
The Mummy, The Creature From the Black Lagoon, Godzilla, Vincent Price, Gamara, Tarantula, Christopher Lee, Dracula, The Black Scorpion, The Werewolf, The Lost World, King Kong, Sinbad, Jason and the Argonauts, Abbot and Costello meet Frankenstein, The Blob, The Valley of Gwangi, Earth vs the Flying Saucers, and on and on and on…
While my parents worked to provide food to feed a growing boy, these were the fuel of a growing imagination. Afterwards us boys would meet and enthusiastically discuss the merits of the movies and the monsters involved.  Heated debates would erupt over who would win battles between the true stars of these pictures, and much thought was put into the chances of any of them ever coming true. And sometimes at night, when going to bed, some of those monsters became just a little too real and happened to be just the right size to fit in the closet at the foot of the bed.
Then parents would be summoned and they would grumble and wonder aloud why we would want to watch things that kept us up at night. And naturally we completely agreed and swore off monster movies forever. But next Saturday at 2:00 PM, our posteriors were once more planted in front of that TV. Because those movies were magic, and kids know that magic matters.
So today I listened to my son bewail the fate of being a bored eight year old and happened to think of those movies. Just out of curiosity, I did an internet search to see if I could find clips from any of those old movies. So imagine my surprise when I discovered you could find many of them in their entirety on Youtube…for free.
In no time at all, laptop was hooked to big screen TV and boy was planted firmly on couch with strict instructions not to move. And the first movie selected was “The Black Scorpion,” a fun little tale of giant scorpions from deep within the earth that now threaten Mexico. It took a little effort to keep him still through the “talky” parts, especially early in the movie, but when the scorpion showed up I saw the magic appear in the boys eyes.
It was a hit.
So next week I think we might try “Tarantula,” or perhaps something other than a giant insect. “Valley of Gwangi” would probably go over pretty big with him too. Seriously, how do you top cowboys and dinosaurs?
But as I watched the movie with him, I realized that all those years ago while I sat enraptured in front of that black and white TV, the seeds that would one day help me become a writer first took root. And while I have no idea if the same will happen again, I like the idea of passing those same seeds of imagination to my son. It’s kind of a legacy of sorts.
And I intend to watch more for my own benefit as well. Maybe even some I missed as a kid and always wanted to watch. Those old movies had a certain enthusiasm to their imaginings that I find missing in most films today. They weren’t slick, or polished, or sometimes very well written, but they were magic.
And if I can capture even a hint of that magic in my writing, I will consider it a job well done.
Posted by D. Nathan Hilliard at 8:47 PM