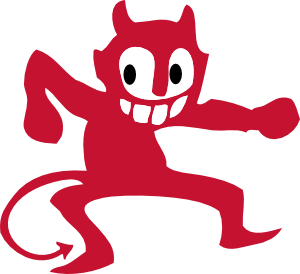 There are those times as a writer, when you are writing your book and everything is smoothly following the outline. The scenes, already preconceived, come together with little effort. And the characters each make their entrances, speak their lines, and follow their proper cues. Everything hums along, and things are hunky dory.

Now there are also times when the outline just doesn’t seem to work and the result is flat, contrived, and uninspired. Sometimes this is the result of a poor initial idea, and sometimes its just poor implementation of the outline. Either way, when writing with an outline this is a problem you will encounter from time to time.

But this post isn’t about that problem. It’s about a different one.

Sometimes, when you least expect it, a character you are writing will take the bit in his mouth and head off in a direction totally unplanned. There you are, minding your own business and pecking away at the keys, and one of the characters suddenly takes on a life of their own. Sometimes it’s in a minor way, like insisting on a line that you hadn’t planned. Sometimes it’s more significant, like them stamping their feet and insisting you are having them do something they wouldn’t do and they try and do something else on you. And every so often, maybe once in a blue moon, they go berserk and take over the whole scene and rewrite it at the same time.

(I had this happen today in my current project when my tough but somewhat stoic waitress suddenly flipped her lid, went totally cuckoo bananas, and rampaged maniacally through a scene where she was supposed to be grimly but dutifully supporting the male lead. What was supposed to be a scene of grim, intense combat against long odds turned into something darkly hilarious and slightly disturbing. It even foreshadows her possibly getting together with the male lead later. )

And when that happens, the author suddenly finds himself with a tough choice. One wanders away from ones outline at peril. Doing so can slow down, or even stall a project that had been on track while the author tries to figure out a new way to go forward with the book. On the other hand, when characters start writing themselves they come alive to the reader as well as the writer. The new scene is often more authentic and alive than what was originally in the outline, and it should not be discarded lightly. It just reads better.

So in the end the author is left with three choices… discard the outline, discard the scene, or try and make the two coexist. When the third is an option, I’m pretty sure only the most pedantic of writers won’t take it. (fortunately, today’s character blowup for me falls in this category). It’s when it’s not that the writer must make that toughest of choices.

And to be honest, I don’t know how to give advice on this one.

I have one novel stalled because I followed the character, but then discovered that later scenes I had mentally outlined no longer worked because of it. On the other hand, two different characters in that novel are much more interesting because of that, and when I do figure out a way to go forward the book will be the better for it.

So I guess if I have to follow my own example I would advise following your characters when they are willing to take the lead. But be very wary if they start to wander far. Characters don’t know where you are trying to go with a story, so always keep that in mind.  They will give you scenes even better than the ones you originally imagined, but they may also end up causing your manuscript to sit on the shelf while you try to figure out  how to finish the thing.

It’s so much easier when characters behave.

But it’s not always as much fun.