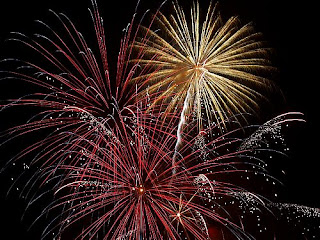 2011 was a frustrating year for me, writing wise. I only wrote and published one piece in 2011, which was The Mushroom Man....and that got pulled along with the rest of the Shades stories as I have started to approach the finish of the Shades anthology. So publication wise, 2011 was a bust.

That doesn't mean that nothing got done, though. Actually, I wrote a large portion of a novel titled Dead Stop, and have written four never before seen stories for the upcoming Shades anthology. I'm currently working on the fifth. And I even got about twenty thousand words written on Argiope. So words got written, it's just that the vast majority of them never saw publication.

Hopefully, 2012 will be different.

When I finish the last story, now titled "Legacy of  Flies", I will start the publication process. And that is going to be the defining experience of this year. I have a lot to learn when it comes to publishing. I have seen some good self published works, but I have also seen some very amateurish attempts as well. So I definitely want to see to it I fall in the former catagory. That means lots of work, but I guess I already knew that.

I want this to be right.

2012 will be a year of changes as well. I will continue with the way I run this blog now, only updating when I actually have something to say. It works better that way. I will still consider the possibility of starting over with a new blog as well. Something more focused on just writing. Nothing is set in stone yet, but it seems to me that a lot of the personal stuff in this blog could just as well be put on facebook.

So there it is in a nutshell. Things have been slower than I wanted, but it looks like they will be picking up this coming year. I have a few other projects in mind as well. Photography, cover art, etc, so things will be busy.

I hope all of you have a great New Years out there and find ways to stay busy as well.