So Friday is Upon Us 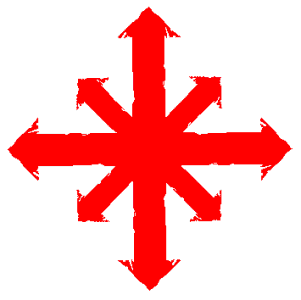 So Friday is here, and the weekend looms...

I have managed to get some writing done, but it's "chaos" writing. It's parts of Argiope that may or not ever be used because I wrote ahead of the point I'm currently stalled at in the story itself. One of my proofreaders (Charlie) is of the opinion that I'm stalling out because I will soon be getting to the point where my protagonist finally works up the courage to make a move on the woman he's been mooning over, and I'm still not confident in my ability to handle that well. Who knows? Maybe she's right.

So far, the extra scenes I've written either take place before or immediately after that point. Now I HAVE actually figured out how I'm going to handle the all important scene, and I've even bounced it off a proofreader and my wife to see if it would garner the female seal of approval. They think I've found the right way to handle it, as it allows the scene to be handled completely from the male POV but it doesn't turn into a litany of Adam simply going down a checklist of Olivia's physical features and admiring them. It even has an element of humor, with a later injection of danger and action to go with it. So I think I've got it.

Now I just need to write it. Easier said than done...because it's still romance and the twelve year old inside me is still screaming "COOTIES!!!!!!!"

Sigh. It ain't easy being a guy.

On other fronts, I have actually got some things done this week and the house is better for it. Cabinets have been straightened out, laundry has been sorted, and the stuff that has been covering the floor of our walk in closet in a foot thick pile is now piled out in my bedroom, waiting to be sorted and put away or thrown away. So things are better. I have a repairman coming next week to fix an AC duct that the raccoon had tore up, so that's been dealt with as well.

All this crossing stuff off of checklists is getting scary. I'm not used to that.

Have a good Friday folks, and stay safe out there!
Posted by D. Nathan Hilliard at 8:41 AM