A New Beginning, and a New Adversary 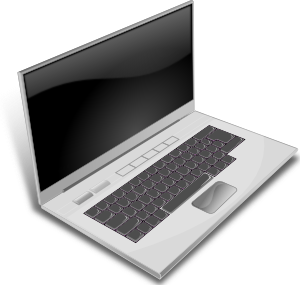 Finally, after years of stopping and starting, and then months of editing, Spiderstalk was out the door and it was time to figure out what to do next. After giving it serious thought, I decided the only rational course of action was to buy a shiny new laptop.

My previous laptop had served me well. It delivered two novels and an anthology of short stories, and that ain’t nothing to sneeze at. But the poor thing has been getting pretty long in the tooth. It has been getting slower to boot, slower to call up programs, and its Geek Squad warranty has expired. It wasn’t an easy decision, but I knew the time had come.

So I gave the laptop to my wife and bought me a shiny new model with twice the power, memory, and a discreet video video card. Hey, I also do my own covers now so I need that video processing power. The fact it can also run all the cool 3D games out there is just a happy coincidence. Yep, that’s my story and I’m sticking to it.

Anyway, I discovered my new laptop also came with a shiny new operating system called Windows 8.1. So it was with great enthusiasm that I fired it up and dove in to my new computing experience. And after about an hour of playing with my new toy, I formulated a helpful mental picture that conveys my impression of Microsoft’s new OS.

Imagine that Bill Gates sticks his head out of your computer screen, sticks his thumbs in his ears, wiggles his fingers, and gives you a big wet raspberry right in the face.

Yep, that pretty much sums it up. What kind of boneheaded company puts new “features” in an operating system and then doesn’t tell the customer how they work! I almost had to shut the machine down to exit a full screen app! Then I had to go to Youtube to figure out how to do it in the future. Why am I having to go to Youtube tofigure out how to run my operating system?! And what’s with the toobars that pop out of the side of the screen when my cursor gets to close? Seriously? How the hell is this an improvement over Windows 7?? The whole point of changing things is in order to improve them. Where is the improvement? And for God’s sake, explain the changes you made so we’ll know what the hell is going on! And what is this “app” nonsense anyway? Apps go on cell phones! On computers they are called PROGRAMS!


Oh well, I’m sure in a year’s time I will be competent with it and couldn’t imagine using anything else. (yeah, right) But the important thing is finding the stories this new baby will crank out…and if a little 3D gaming gets done on the side, no harm done :)
Posted by D. Nathan Hilliard at 11:06 PM