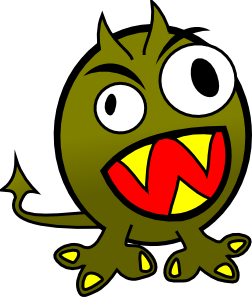 Writing Dead Stop was a very involved project for me, in more ways than one. I knew when I started it that I would be writing for a sub genre that had become incredibly crowded as of late. Zombies were big…still are…and it was going to take some real doing to write a story that had a chance of standing out in that crowd.

And of all the different elements that went into that story, I think one of the most important things I did was rewriting the monster in order for it to make sense.

The problem with a lot of monster movies is that it seems they are written with the idea that the audience will just accept the existence of the monster…just because. There is often a little bit of origin involved in the story, but just as often it’s paper thin and doesn’t go to much effort to make sense, or have the monster behave in a manner logical to the nature that has been created for it.

So when I decided to write Dead Stop, I read a bunch of zombie books, watched some zombie flicks, and even checked out a couple of zombie websites. Then I sat back and gave it some real thought, and worked to rebuild the monster from the ground up. After careful consideration, and some research, I chose to go with the graveyard variety of zombie. Then I worked out the most likely (if still impossible) scenario that such a creature could actually come into existence…and more importantly, how it would perform and behave if such a thing really existed.

I have learned that is very important in writing monster stories in these days of more sophisticated readers. To be really frightening, a monster needs to feel…possible. It needs to be grounded in a plausible scenario that makes sense to the audience, and behave in a way that realistically adheres to the logic such a creature would follow. Make it feel real.

I find myself employing that strategy once again, with a current short story/novelette I’m writing. Taking a monster commonly understood to be one thing, then breaking it down and looking at how such a creature could make sense to a modern reader, while at the same time projecting how such a creature would act, react, and otherwise behave in the world. You can even do this with a supernatural creature, which is what I’m doing now. The creature in the story is a succubus, and now that I’ve researched and come up with a plausible angle for such an entity, the story that has formed around her is not what I thought it would be…it’s better. I love it when that happens.

So that’s my thoughts on writing monster stories at the moment. It’s something I didn’t start out knowing (you can tell by my early monster stories) but it’s a lesson well taken.
Posted by D. Nathan Hilliard at 10:36 PM