Hallelujah and Pass the Whiteout! 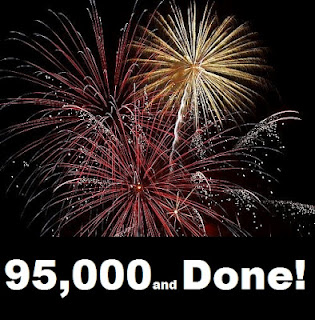 It is the largest novel I have written to date, but I assure you it will probably read faster than any of the others I have done. It is fast paced, and an almost non-stop thriller once it gets going. And it gets going pretty fast.

Dead Stop represents my foray into the field of zombie novels. As always, I did a lot of research and read a lot of them before deciding how to develop my own take on this genre. I wanted the zombies to be as authentic as possible and fearsome as well. I also wanted the story to be more than just a buffet of 2 dimensional characters fed to the monsters in a bloody assembly line....although there is plenty of blood.

It's the story of one slow night at the Textro Truck Stop, and how things liven up when the inhabitants of the nearby graveyard drop in for a bite. Things happen swiftly and over half the living people at the Textro are dead before the initial assault ends...leaving a small band of survivors trapped, cut off from the world, and with time running out. Armed with little more than the courage, wits, and skills they brought in with them, the survivors must find a way to escape by dawn.

While the rough draft is done, it is still a long way from being ready to publish. There is going to have to revisions, edits, and multiple tweaks to both actions and characters. There is also the matter of designing and producing a good quality cover. I have a couple of ideas in mind, but they're going to push my photographic and photo editing skills to the limit.

So there is a long way to go. I don't expect to have this book ready to publish until sometime near the end of summer.

But at least the story itself is done.