About the Small Press 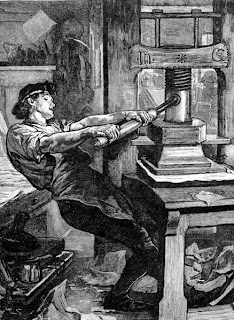 So I've had a week to recover from the publishing of Shades, and before I move on to the next project I thought it might be the right time to address a question I've been asked a couple of times. Having had stories and one novel published by small  presses, and also having just put out my first anthology independently...do I think that small presses serve a useful purpose?

The answer to that is an unequivocal "Yes."

I would never have been published if it hadn't been for small presses. And it was going through the  process of being published by a small press that gave me the experience, and the exposure to the process, that allowed me to move on to becoming an independent writer. The reason I'm an "indie" now is simply because I know how to do it...but I would have never learned if it wasn't for small presses. And after working with them, I have nothing but good things to say about Pill Hill Press and LL Dreamspell. Both are highly reputable small presses and they were the very personification of professionalism when I was dealing with them. They definitely will continue to have a place in the greater scheme of things.

The true attraction to being an indie is the concept of being in control. Down deep, I think that's what most authors want. After all, we just finished writing a book where we were the final authority on what happened, who lived, who died, and who got the girl/boy. So the desire to control things is sort of part of our mental makeup. And now technology and the internet have evolved to the point where that is possible...BUT...the writer has to be willing to make sacrifices.

Because to be an indie means to no longer just be a writer. It means now you are the writer, editor, formatter, publisher, and marketer. You have to go hustle up your own book covers or learn to make them yourself. You have to learn about different fonts and what looks good on a cover, or in the headers and footers. Heck, you have to learn what headers and footers are. And a lot of writers are simply not prepared, equipped, or just willing to do that. These people will always prefer a publisher to take care of this portion of the process so they can focus on writing. An indie has to be a bit of a jack of all trades, and not all people are wired that way.

Or to put it another way.... after finally getting this book out the door, I can authoritatively say this ain't for everybody.

So the small press is here to stay. They will adapt to the new realities of the market, and may end up actually thriving while the large publishers start to founder. It will be interesting to see where things go from here.

But for now, I'm about ready to move on and get back to writing. It's been too long and I need to get back into the groove.
Posted by D. Nathan Hilliard at 9:43 PM