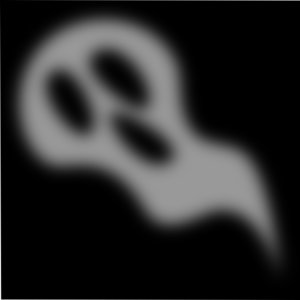 I've been downloading and reading a lot of ghost story anthologies for the dual purpose of researching the genre, and to get inspiration for my own work. What I've discovered so far, after going through a couple of collections, is that most ghost stories aren't really very scary.

Now a lot of that is due to presentation. It seems like a lot of ghost stories are told from this detached "just the facts ma'am" point of view, as if that adds some kind of authenticity to the story. Many of the older ones do this, especially the turn of the century ones from authors like Ambrose Bierce and Algernon Blackwell.  They are interesting reads, just not much in the way of suspense.

And most modern horror short stories aren't ghost stories at all. So that left a bit of a hole in my research effort.

I wonder if part of that is due to the ghost needing to be a character in the modern story. Short stories nowadays have to be five thousand words or less usually, which makes a big problem for the writer when it comes to character development.  A giant snake or mutant rat doesn't need much of a back story to be scary, since their very existence is supposed to be the scary part. But a ghost without a backstory just doesn't work very well...and back story eats into that precious word count.

This is one of the reasons that the Shades anthology will be indie when I publish it. Several of the stories are eight, ten, or even twelve thousand words long.. They need to be, for the ghost to have both character and impact AND for me to build a scene with suspense. So they are novelettes, which is a fancy word for the aforementioned seven-thousand to seventeen-thousand word story. I'm hoping the new indie market will see a resurgance of that form, since I think it allows the brief experience of the short story combined with the more in depth experience of the novella. Novelettes just fell out of fashion a long time ago because they took up too much space in pulp magazines.

Anyways, I'm still hunting for one more story for the Shades anthology. I've got "A Long, Cold Forever of a Night" out being read by proofreaders, then once I hear back from all of them I'll start the polishing work on it. Then it's back to hunting that one last story. Here's hoping I come up with something good soon.
Posted by D. Nathan Hilliard at 2:23 AM